How to Reach Manali, These Are Easy Ways

There are many ways to reach Manali Here we are telling you about the easiest and easiest ways to reach Manali. Manali is a major hill station in Himachal Pradesh which is also famous as a honeymoon destination. Due to being a major tourist destination, there is no lack of means of transport here. Manali is not directly connected by air and rail. Most tourists come here by road. Direct bus services are also available from Manali to many cities. Here we are informing you of all the options to reach Manali.

There is no airport in Manali, the nearest airport to the city is Bhuntar Airport which is about 50 kilometers from Manali. Only domestic flights operate at this airport. Delhi And regular flights from Chandigarh are available here. If you do not get a flight to Bhuntar Airport then you can also choose Chandigarh Airport. Flights are available from every major city in the country. The distance from Chandigarh to Manali is around 310 km. By landing at Chandigarh Airport, you can reach Manali by bus or cab or catch a flight from Chandigarh to Bhuntar. The flight takes 55 minutes to reach Manali from Chandigarh. Apart from this, you can also opt for Delhi Airport from where a regular bus service is available to Manali. The distance from Delhi to Manali is around 540 km. There is no direct flight facility from Mumbai to Bhuntar Airport. There is no direct flight from Bengaluru to Manali, similarly, there are no direct flights from Hyderabad and Kolkata but you can fly to Chandigarh from these cities. You can travel further by bus or cab.

Manali is connected to all major cities of the country by road. You can also drive to Manali by driving on your own, but if you feel difficulty in driving due to the hilly terrain, then it is advisable to go by cab or driver as the area is also hilly and inaccessible due to its scenic beauty. . Apart from Delhi and Chandigarh, bus services are available to Manali from other major cities of the country. It takes about 12-14 hours to reach the Manali bus from Delhi. Due to the long and hilly journey, you should book a luxury bus service as its seat is comfortable. You may face problems while traveling by ordinary bus. To get to Manali you can choose a state transport bus or book a private tour operator's bus from Himachal Bhavan and Connaught Place in Delhi to Manali which runs daily in the evening which reaches Manali in the morning.

There is no railway station in Manali due to the rail route being a hilly area. The nearest railway station of Manali is Joginder Nagar. This railway station has many major cities of the country connected to it, besides you can reach Manali from Chandigarh or Ambala. You can travel beyond this by road. The distance from Manali to Ambala is around 340 kilometers. To reach Manali from Hyderabad, Bengaluru, or Kolkata, you can choose the rail route which is also the easiest and easiest. From these cities, you can catch a train to Ambala or Chandigarh. The best way is to reach Ambala or Chandigarh first, which is connected to almost all the big cities of the country, you can travel further by road. 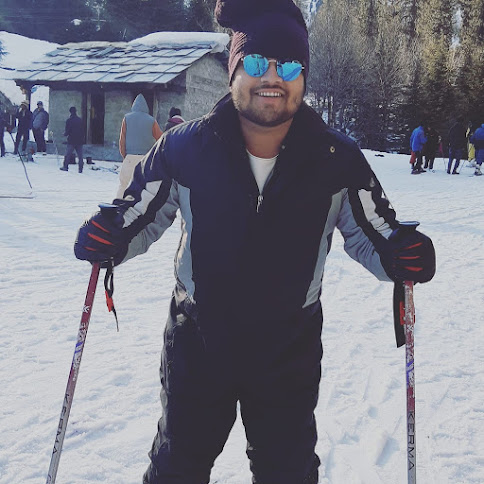