The fort of Bhangarh in Rajasthan is considered to be one of the scariest places not only in India but all over Asia. Tourists and locals visiting this fort are believed to have a different kind of fear and restlessness even today. Let's experience. If you want to become a smart traveler… then definitely try these tips The fort of Bhangarh lies between the Aravalli Hills. It is a dilapidated city located near the Delhi Jaipur Highway. It is one of the most beautiful tourist destinations in North India... Though it is a very scary place, the natural waterfalls, waterfalls, gardens, Havelis, and banyan trees in the fort add to the dignity of this fort even more. Also, the temples of Lord Someshwar, Gopinath, Mangla Devi, and Keshav Rai make it important from the point of view of religion.

Bhangarh Fort was built in 1613 by Madho Singh, son of Man Singh, the great Mughal commander of Amber. Raja Madho Singh was the general of Akbar's army. This fort is as magnificent as it is also huge, currently, this fort has been turned into a ruin.

In Bhangarh, no one is allowed to go inside at night… It is also an order for tourists to leave it before 6 pm. The ASI has given strict instructions that no person should stay in this area after sunset. It is also said that anyone who went to this fort after sunset never came back again. It has been said that those who come here have been harassed many times by spirits and some people have had to lose their lives.

What to say beautifully 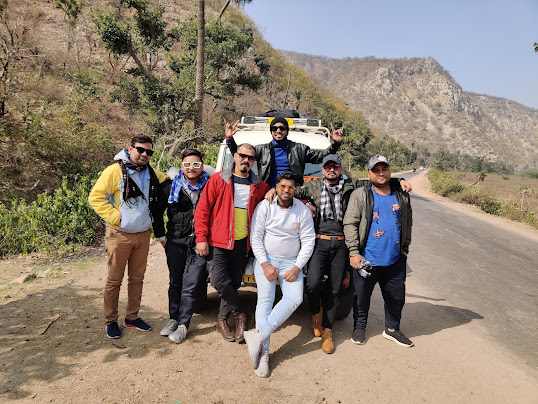 Even today, this the fort is called ghostly and deserted, but if you look closely at its architecture, then they will realize that its beauty is unmatched and it can fascinate anyone.

When can we move

The proper time to visit Bhangarh is from 6 am to 6 pm. Entry fee

An Indian citizen has to pay 25 rupees. How to reach Bhangarh

Route from Delhi to Bhangarh Delhi-Alwar-Bhangarh In addition, you can also reach Delhi by taxi.