South Africa lost even after winning, India's fate will be decided today 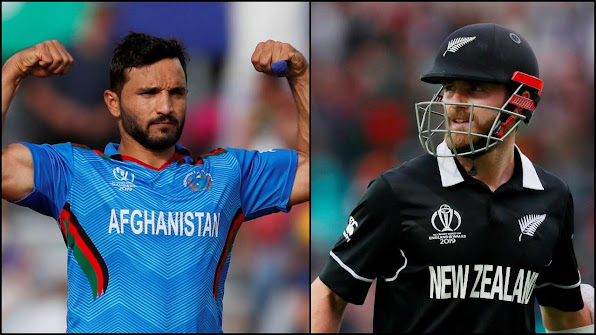 Sports news: South Africa lost even after winning, today the fate of India will be decided

T20 world cup today, Afghanistan will face New Zealand. The result of this match will decide whether the Indian team will reach the semi-finals or not. If Afghanistan beats New Zealand by a narrow margin, India's chances of making it to the last four will be strong. At the same time, in case of winning, New Zealand will ensure a place in the semi-finals.

Pakistan will face Scotland In

In today's second match, the teams of Pakistan and Scotland will face each other. Pakistan has already cemented its place in the semi-finals with four wins. Meanwhile, Scotland, who won all three of their matches in the qualification round, awaits their first win in the main round.

Australia beat West Indies by eight wickets in their last league match on Saturday. After this win, Australia's net run rate improved and they qualified for the semi-finals. Apart from Australia from Group-2, England's team reached the last four while staying on top.

South Africa defeated England by ten runs in the second match played on Saturday. Kagiso Rabada took a hat-trick for South Africa. However, despite this victory, the South African team failed to secure a place in the semi-finals. They had to win by at least 58 runs to reach the last four.

Easy win for Delhi and Mumbai

Delhi registered an easy win in the Syed Mushtaq Ali T20 tournament. The national capital's team defeated Uttar Pradesh by 9 wickets, their second successive win. On the other hand, Mumbai defeated West Bengal by 10 runs in a thrilling match.

Gaikwad's bat, who contributed significantly to making Chennai Super Kings champions in this season's IPL, is also running well in the Syed Mushtaq Ali T20 Trophy. He played an innings of 81 runs in 47 balls while playing for Maharashtra. This is Ruturaj's third consecutive fifty.

Vaughn on charges of racism

Former England captain Michael Vaughan, who has been accused of racism, has been thrown out of a BBC show. Vaughan had been working on the BBC show as an expert for the past 12 years. Azim Rafiq has accused him of racism. According to Rafiq – Vaughan had made racial remarks on him before a match in Yorkshire in 2009.

When Chris Gayle was returning to the pavilion after the match against Australia on Saturday, he raised the bat and greeted everyone. During this, his fellow cricketers were giving him a standing ovation. It is believed that soon he will announce his retirement.

India's T20 captain Harmanpreet Kaur and Jemima Rodriguez performed brilliantly in the Women's Big Bash League. Melbourne Renegades beat Brisbane Heat by 15 runs with the help of half-centuries from both of them. Harmanpreet was adjudged player of the match.