Constitution Day 2021: PM's taunt on Congress without naming, for the family, by the family... no need to say further 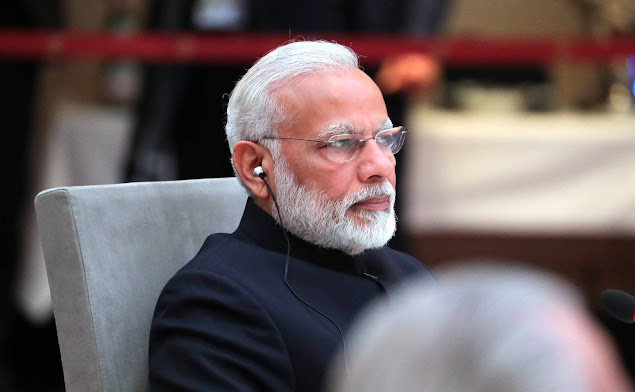 Arrangements were made but they did not come - Om Birla

On the question of Leader of Opposition in Rajya Sabha Mallikarjun Kharge and Congress leader Adhir Ranjan Chowdhury not reaching the Parliament House on the occasion of Constitution Day, Lok Sabha Speaker Om Birla said that arrangements were made for both of them to sit on the dais. They were also informed about this, yet they did not come and are saying that there was no arrangement for them to sit.

Day to make the celebration of citizenship - CJI

In another program organized on Constitution Day, Chief Justice of India NV Raman said that I pay tribute to the brave fighters of India, the framers of the Constitution. It is a day to celebrate the citizenship of an independent India.

President Ram Nath Kovind told the MPs about their parliamentary conduct that Parliament is the temple of democracy. They should behave here like worship-houses, worship-gas.

This program was not of a political party: PM

If duty had been emphasized, then rights would have been protected: PM

Mahatma Gandhi had tried to prepare the country for duties even while fighting for rights in the freedom movement. He brought the idea of ​​Swadeshi, a self-reliant India. Mahatma Gandhi was preparing the country. The seeds he sowed should have become banyan trees. But this did not happen. It would have been better if the duty had been emphasized after the country became independent, then the rights would have been protected automatically.

PM Modi: A day to bow to people like Ambedkar, Rajendra Prasad

Today is the day to pay homage to Dr. Ambedkar, Rajendra Prasad, Pujya Bapu. It is a day to bow down to all those who spent themselves for freedom. Today 26/11 is such a sad day. When the enemies of the country came inside the country and carried out such a terrorist incident in Mumbai. Under the responsibility of protecting the common man of the country as mentioned in the Constitution of India, our brave soldiers made the supreme sacrifice while taking on the terrorists. Today, I bow respectfully to those sacrificers too.

Om Birla: The need for dignified conduct in Parliament

Lok Sabha Speaker Om Birla said that our progressive constitution is seen everywhere in the country and abroad as a source of respect and inspiration. Our constitution has provided for justice for the citizens. We represent 135 crore people of the country in the Parliament. The nectar that will emerge from the contemplation here can be used for the common man, but we must behave decently in Parliament. Let us work collectively in the interest of the nation.

Constitution Day Celebrations: PM's taunt on Congress without naming, for the family, by the family... no need to say further

Prime Minister Narendra Modi has reached the program organized in Parliament House on Constitution Day. President Ram Nath Kovind is presiding over the program. Vice President Venkaiah Naidu is also present during this. 14 opposition parties, including Congress, have boycotted the event.