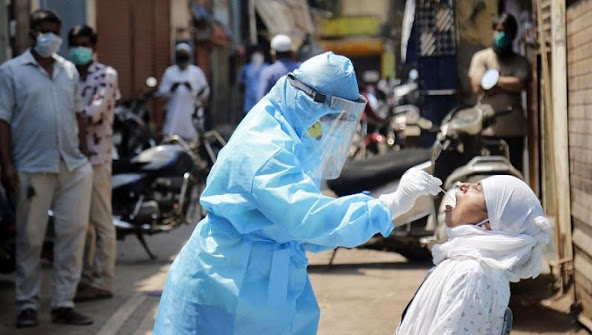 The Government of India has given relief information regarding Omicron. According to the Health Ministry, Omicron cannot survive RT-PCR and rapid antigen tests. This information was given by the Center in a meeting, where instructions were given to the states to increase the testing facility so that positive cases can be detected in time.

Center extends Corona guidelines implemented in the country till December 31, emphasis on speeding up testing

The Central Government has extended the Corona Guidelines applicable in the country till December 31. This decision has been taken given the fast-spreading Omicron variant of Corona. In the order of the Ministry of Home Affairs, the state governments have been asked to strictly follow the advisory issued on November 25.

In its advisory, the Ministry of Home Affairs had directed the states to expedite screening and testing. Along with this, all passengers coming from international flights were asked to make the corona test mandatory and track them.

It has also been told in the advisory that for passengers coming from at-risk countries, a separate area will be created at each airport in the country, where they will wait for the results of the RT-PCR test. Additional RT-PCR facilities will also be set up at all airports.

No case of Omicron in India: Government informed in Parliament

No case of Omicron has come to light in the country so far. Health Minister Mansukh Mandaviya gave this information to Parliament. Omicron, a highly contagious variant of Corona, has so far shown its effect in 16 countries of the world. However, its seriousness is yet to be studied.

The Union Health Secretary will hold a meeting with the states

On Omicron. The central government has called a big meeting on Omicron, the new variant of the coronavirus. Union Health Secretary Rajesh Bhushan will hold a meeting with the states today. The meeting is likely to start at 10:30 am. During this, preparations for Omicron will be discussed. Also, emphasis can be placed on increasing testing and tracking.

A Brihanmumbai Municipal Corporation (BMC) official said on Monday that 1 thousand passengers from African countries have reached Mumbai in the last 15 days, 1 thousand passengers from African countries reached Mumbai. Out of these, the list of only 466 people has been received from the Airport Authority. So far a sample of 100 people has been taken.

BMC Additional Municipal Commissioner Suresh Kakani told news agency PTI that the list of all the people has not yet been received from the airport authority, due to which the test is getting delayed. Of the 466 passengers, 100 are from Mumbai. We have already collected their swab samples. Their report is expected by tomorrow or the day after.

45 students and 1 teacher were infected in a school in

Telangana Dr. Gayatri, DM, and HO of Sangareddy district said that all have been isolated and are being treated. According to the Ministry of Health and Family Welfare, the total number of active cases of corona in the state are 3,535. There is no case related to Omicron in the state.

The Ministry of Health and Family Welfare said on Monday that 8,309 new patients have been reported in the country in the last 24 hours, the lowest active cases in 544 days. 236 deaths have been recorded. With this, the number of active cases has reached 1 lakh 03 thousand 859, which is the lowest in the last 544 days. According to the ministry, active cases in the country account for less than 1% of the total cases, which currently stands at 0.30% which is the lowest since March last year.

About 10 thousand people were cured in

24 hours In the last 24 hours, 9 thousand 905 people have been cured of the corona. The recovery rate in the country is 98.34% which is the highest since March last year. The total number of people recovering has increased to 3 crores 40 lakh 08 thousand 183.