Samsung has also redesigned the autofocus of its cameras to solve the problems we had with the Galaxy S20 Ultra, has updated the processor and on top of it comes to a significantly cheaper introductory price.

It's the first Android phone we tested in 2021 - along with the Galaxy S21 and Galaxy S21 Plus - and it sets the bar very high, almost unattainable for the rest of Androids.

It's no wonder that even though the S21 Ultra is cheaper than the S20 Ultra, it is still wildly expensive for most consumers. It is more than the iPhone 12 Pro Max. Mind you, the Galaxy S21 Ultra offers a larger, brighter, and more advanced screen than the iPhone 12 Pro Max, 10x vs. 3x optical camera zoom, and stylus support that Apple doesn't offer. Depending on what is important to you, the Samsung Galaxy S21 may offer more value for your money.

Gone are the microSD card slots for expanding storage. As with the iPhone 12, you won't find a charger inside the box either. Samsung claims that it does it to avoid damaging the environment, but nobody believes it. And of course, there are no headphones.

Samsung claims that the Galaxy S21 Ultra will be available on Friday, January 29, 2021, in the US and most of the rest of the planet.

For many, it will be too expensive. The Galaxy S21 is an excellent option. But if you want the best of the best in the cellular world, the S21 Ultra is one of the best ways.

The S21 Ultra has a fully opaque matte finish in two colors: Phantom Black and Phantom White. Whichever you choose, it's a significant improvement over last year's S20 series, which used glossy glass that looked like cheap plastic.

The Ultra lives up to its name: the 6.8-inch screen hides any hand. But its side-to-side curved screen practically eliminates the bezel. The 40MP front camera hole is very small and easy to ignore when you are using it.

Samsung's new redesigned in-display fingerprint sensor has made its debut on the Galaxy S21 series. The Korean company claims that it is easier to unlock your phone with this sensor because it is bigger and faster. We will have to try it for a longer time to see if it does not frustrate us like the previous one.

The S21 Ultra display is incredibly bright, delivering up to 1,500 nits. That is important when you are in direct sunlight. Many high-end phones, including the iPhone 12 and even the Galaxy S21 and S21 Plus, only max out at 1,200 nits.

The screen is also compatible with a new S Pen, larger and more comfortable to use than the one placed on Galaxy Note phones. The stylus is sold separately and can be stored in a separately purchased Galaxy S21 Ultra sleeve.

We were able to test the S Pen with the S21 Ultra and take quick notes as well as use all the Air Command options with great ease and comfort. We liked that the new S Pen is big and doesn't have the stick size of the Note S Pen, which is a pain on the fingers.

The S Pen that comes with the Ultra S21 is missing some features from the Galaxy Note 20 Ultra's S Pen, such as camera access or Bluetooth, but these will come in the new S Pen Pro. This will be an even more special pen to be used. will launch later this year and was first announced during this Galaxy Unpacked event. 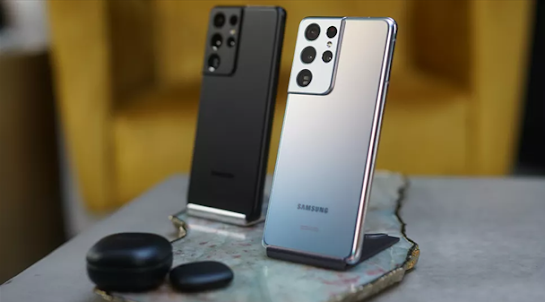 Cameras and battery life are two important areas that require long-term testing, but here are our impressions.

First, Samsung's 108MP camera returns along with two 10MP telephoto cameras. These combine to offer a sharper zoom at 100x. It also has a camera with a wide-angle lens and a 12MP sensor.

The 108MP camera and telephoto cameras capture larger individual pixels than the old S20 Ultra, so photos will be brighter.

But what attracts us the most is the new Laser Assisted Phase Detection Autofocus (LAPDAF). Last year there were problems with the phase detection focus of the S20 Ultra. The Note 20 fixed it with the LAPDAF.

As we've already said, 100x 'Spatial Zoom' is back but this time Samsung wants it to be more than just a party trick that only captures grainy and paste-like images. But from what we have been able to see, the combination of the two telephones works wonders.

The zoom has a setting called “tripod lock” that stabilizes the camera on a subject and prevents the image from shaking. All you need to do is aim, and after a second, the S21 Ultra's camera fixes on the object, marks it with a yellow outline, and suddenly the shaking is reduced thanks to artificial intelligence.

The 40MP selfie camera also makes a return on the S21 Ultra.

Like last year, the single-shot mode allows you to capture videos and photos simultaneously using all cameras, but this year Samsung has incorporated slow motion. Like the S21 and S21 Plus, there is a new mode called Director's View that allows you to capture video with the front and rear cameras simultaneously. The iPhone 12 series can do this too but requires a third-party app. 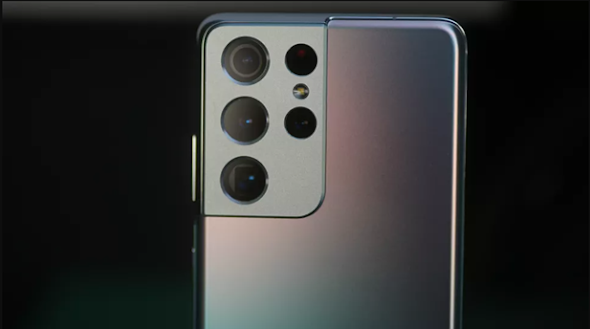 The specifications of the S21 Ultra are more than most people need. The 12GB base option is more than enough. And the 16GB RAM option is more than many of the best laptops. However, the 128GB seems limited when you know that there is no microSD card slot. Samsung is willing to sell you a 256GB or 512GB model, but for a lot more money.

The S21 Ultra marks the debut of two new chip chips for Android phones. In the United States we will have the Qualcomm Snapdragon 888 while, in the rest of the world, they will have the Samsung Exynos 2100. As we have seen, they go very fast, although it is most likely that they cannot compete with the Apple Bionic. 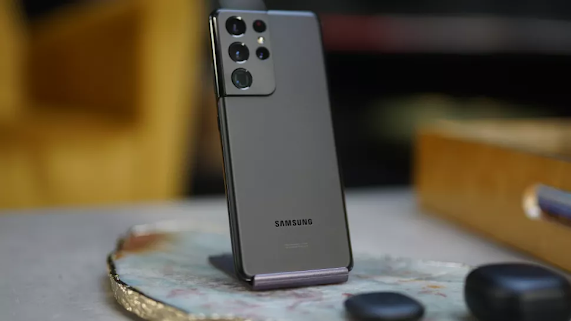 The Galaxy S21 Ultra is Samsung's most attractive phone in two generations, especially in the matte Phantom Black color. But it is more than aesthetics: it is a real beast in every way, from the processor to the cameras and the screen. It has the best of the best that Samsung - or any other Android manufacturer - can offer.

Its only downside is that you have to give up the microSD card slot and charger, but frankly, it doesn't matter. Its features and the price, $ 200 cheaper than the S20 Ultra, is the only thing that matters.