Omicron Latest Updates: Moderna CEO Stefan Bansel thinks that the new variant of the coronavirus, Omicron, can even beat the anti-Kovid-19 vaccine. He said that the current Kovid vaccine will not be as effective on Omicron as against the delta virus of the coronavirus. 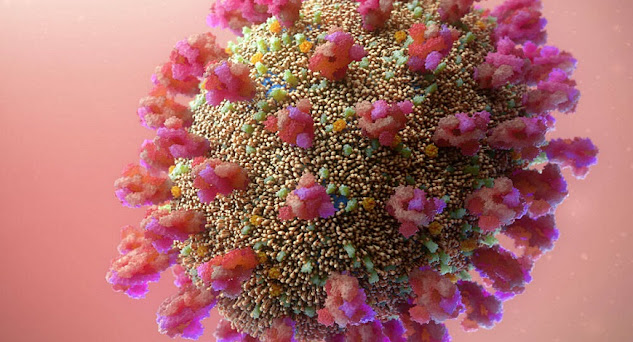 Omicron Treatment News: Moderna CEO Stephen Bansel thinks that the new variant of the coronavirus, Omicron, can even beat the anti-Kovid-19 vaccine.

He said that the current Kovid vaccine will not be as effective on Omicron as it is against the delta virus of the coronavirus. On the other hand, patients of the new Omicron variant are being found in new countries.

The two recent names to be added to the list are France and Japan. What are the other big updates about this variant, let us know ...

Moderna's CEO Stefan Bansel has expressed apprehension of a major threat to the Omicron variant. He said that due to this variant, the number of patients admitted to the hospital will increase.

He said that the scientific information being received about Omicron is worrying. Barnsley said, 'We should not take any decision in haste. We need to wait for more data. All the scientists I have spoken to have said that this is not a good sign in terms of the epidemic.

Bansel has expressed the possibility of hospitalization of more infected people. He has said that people may have to face the epidemic for a long time. Even before this, Bansel had said that it may take months to come up with a new vaccine against the new variant.

What is the condition of the indigenous vaccine, Covaccine?

After this statement by Bansel, Bharat Biotech, the company that makes the vaccine, said that it is studying whether its vaccine will be effective on the Omicron variant or not. A company spokesperson said that our vaccine is based on the original variant found in Wuhan. So far it has been effective in the case of other variants. We are testing this on the new variant as well.

What about the rest of the vaccine?

In an article published in the world's prestigious magazine The Nature, it is said that the. People in Africa who got Omicron infection had received doses of Johnson & Johnson (J&J), some from Pfizer-BioNTech, and some from the Oxford-AstraZeneca (Covishield) vaccine. That is, Omicron has succeeded in penetrating all three of these vaccines.

So what is to be assumed that the vaccine has no importance in front of Omicron? The answer can be found in an article by renowned virologist Shahid Jameel published. He said that the fact that Omicron is successful in penetrating the array of vaccines does not necessarily mean that the vaccine has become completely useless.

So will it not be possible to treat Omicron patients as well?

As far as the treatment of Kovid patients is concerned, the WHO says that the methods of treatment of patients infected with the coronavirus have been invented in the last two years, they should also prove useful for Omicron patients.

According to this global organization, treatment methods containing corticosteroids and IL6 receptor blocks should also be successful in patients of the new variant. However, how effective the treatment of other methods will be, will have to be assessed.

Variants of the coronavirus are being named after the letters of the Greek alphabet. Omicron is the 15th letter of this alphabet. From this, it can be estimated that how many forms the coronavirus has changed in a year and how fast is the speed of its mutation.

Its first major variant Alpha was probably found in 2020, while the Omicron variant arrived a year later in the first week of October 2021. It is a different matter that for the first time it was caught on November 11 in South Africa. The 13th letter of the Greek alphabet Nu (Nu) and Xi (Xi) after which variants are not named.

The World Health Organization (WHO) said that people should not take the meaning of new somewhere new. On the other hand, since Xi is the name of the Chinese president, Xi was dropped. Thus, the 13th variant gets the name of the 15th letter of the Greek alphabet.

So far, out of 13 major variants of coronavirus found, only five have been kept in the category of Variant of Concern. There is only one omicron involved. The variants in this category have caused tremendous havoc by giving a horrific look to the Kovid-19 epidemic.

The remaining eight have been kept in the category of variants of interest. That is, these variants are not very dangerous. It is worth noting that except Omicron, the four other variants of concern were all found between May and November last year. That is, Omicron has come after a gap of almost a year.

Omicron has used the long gap of one year to forge strong alliances with mutations. This is the reason why 50 mutations have been detected so far, while half of its mutations were found in the delta variant that caused havoc in the second wave of corona in India.

This is the reason that there is talk of neutralizing Omicron's corona vaccine to a great extent. Another concern is that 10 mutations of the omechron have been found in that part of the spike protein as well, The virus that is used to enter the cells of the human body. Only two such mutations were found in Delta. For these reasons, the World Health Organization immediately declared Omicron as a variant of concern.

Omicron carried so many mutations that it surpassed all previously classified variants of concern in terms of speed of transmission. Distinguished virologist Shahid Jameel said in his article in our associate,

'The part of the spike protein that enters the omicron cell has also made a lot of mutations. The more easily the virus enters human cells, the more its number will increase and at a higher rate, it will be able to infect other people.

Although some initial reports suggested that Omicron was six times faster than Delta in terms of transmission, there is not enough data to confirm this. The WHO has so far said that Omicron is more contagious and can have serious consequences.

There, d. Omicron infection has also increased rapidly in the Gauteng province of Africa. There school children and youth have fallen prey to this variant. The Omicron variant was found in all the 77 samples submitted between November 12 and 20.

It probably spreads faster than Delta, but how deadly it will prove to be compared to other variants of concern is not yet known for sure. The. Dr. Angelique Coetzee, who alerted the government to this variant in Africa, said that patients infected with Omicron show moderate symptoms of the disease.

He told the BBC that the first Omicron infected patient he came across was very tired and had pain in his body and head. He had a sore throat, but there was no problem with phlegm. The ability to smell and the taste was also not lost. Dr. Coetzee told that the whole family of that patient turned out to be infected and all showed only moderate symptoms.