Samsung Galaxy A52 And Galaxy A72 Price

So much to be found?

Great color and design as well as great features

Talking about the potential features of this phone between Samsung's mid-range and premium segment, it may have a 6.7-inch Super AMOLED display, which can have a display refresh rate of 120Hz. Samsung will launch it with the latest Android 11 operating system and Qualcomm Snapdragon 750 SoC processor. This phone equipped with an in-display fingerprint sensor will have a 4,500mAh battery, which will come with fast charging feature. Talking about the camera, there will be a quad rear camera with a 64-megapixel primary sensor. At the same time, it will also have a 32-megapixel selfie camera.

Both of these smartphones from Samsung are eagerly awaited

Samsung Galaxy A72 will have

A 6.7-inch full-HD + Super AMOLED Infinity-O display with a display refresh rate of 90Hz. Samsung is also about to launch this phone with an Android 11 operating system and it will be equipped with Qualcomm Snapdragon 720G SoC processor. Talking about the battery, it can have a 5,000mAh battery, which will come with 22.5W fast charging support. The Galaxy A72 will have a quad rear camera, whose primary sensor will be 64 megapixels. It will have a 12MP ultraviolet lens as well as a 5-megapixel macro lens and an 8-megapixel telephoto lens. 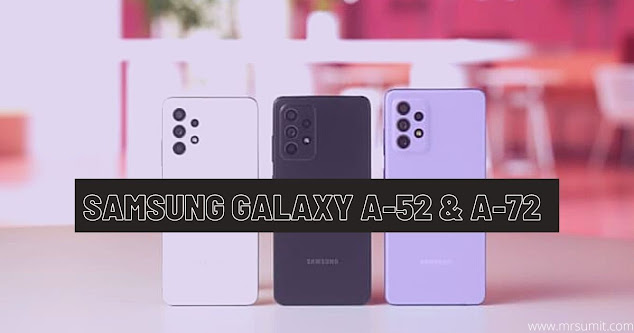