The religious capital of Punjab, Amritsar is famous all over the world for its unique beautiful Golden Temple. Every year, millions of domestic and foreign tourists from all over the world come to pay their obeisance at this holy shrine. The city of Amritsar was founded in the 16th century by the fourth Sikh Guru, Guru Ramdas Ji. The city was named after Amrit Sarovar, a sacred tank here. In 1601, Guru Ramdas Jim's successor Guru Arjun Dev Ji developed Amritsar. Amritsar is known as the famous religious place of Sikhs for the Wagah border, Jallianwala Bagh, etc. Due to being a religious place, there is a lot of tourists throughout the year, if you are planning an Amritsar trip, then do these special things to make your trip to Amritsar memorable. 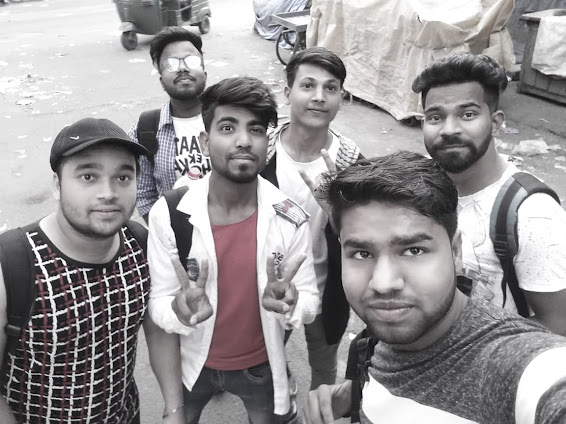 To travel from Delhi to Amritsar Punjab takes a total of 8 hours and 32 minutes. It takes time to go to Amritsar by Train. Amritsar is located at a distance of 450 km from Delhi. In India, you will easily get irctc from new Delhi. Its fare is the same as the ordinary fare.

At the same time, to go to Punjab, you will also get the facility of Volvo bus from Delhi ISBT i.e. bus stop. Which will take you directly to the Punjab "Amritsar" bus stop. You will get auto from here. You will have to pay a rent of 50 rupees to go to the Golden Temple. The Golden Temple is also known as Harmandir Sahib Gurdwara.

World Famous Golden Temple A trip to Amritsar is not considered to be complete without eating bowls and langar at Harminder Sahib. This temple located in Amritsar was first built in the 16th century by the 5th Sikh Guru, Guru Arjun Dev Ji. In the early 19th century, Maharaja Ranjit Singh covered the upper roof of this gurudwara with 400 kg of goldwork, giving it its name as the Golden Temple.

Surrounded by water ponds from all sides, this gurudwara remains a symbol of pride and pride of Amritsar and Punjab. This lake was built by Guru Ram Das with his own hands. This gurudwara is situated in the middle of this lake. The exterior of this gurudwara is made of gold, hence it is also known as Golden Temple or Golden Temple. Not only this, but the foundation of Shri Harmandir Sahib was also laid by a Muslim.

To enter the Golden Temple, you do not have to take any slip or ticket of any kind. It is very spectacular and very beautiful to see. Here Gurbani is read in the morning and evening and it is kept in the speakers for 24 hours in a slow voice. From the entrance to the gurudwara, as long as you stay here, you cannot leave your head open.
This is the rule here that applies to both men and women. From the entrance to the gurdwara, till you reach the gurudwara, you will find artifacts and glimpses of the finest Punjab in the walls and effigies all-around your route. On the other hand, if you want to taste Punjabi food and drink, then all those flavors are also present here. But eating and drinking anything around the gurudwara is forbidden, which you have to take special care of.
Wagah border
Wagah border instills patriotism Believe that as soon as you get out of your car and reach the path leading to the Wagah border, you will feel a different patriotism in yourself. Every day a retreat ceremony is organized between the two countries, in which people fiercely shriek on patriotic songs.

Where is the Wagah border?

Wagah Village is located on GT Road and is between Amritsar in India and Lahore in Pakistan. The total distance of the Wagah Border from Lahore is 29 km while it is 27 km from Amritsar. The Redcliffe line is drawn in 1947 divided the two countries into two parts. The Radcliffe line passed through the Indian side of Wagah Village.

Jallianwala Bagh is not far from the Golden Temple but only 1 kilometer away. Let me tell you that a memorial was built in 1951 to commemorate the massacre at this place. In fact, on 13 April 1919, the British fired indiscriminately on unarmed Indians who were gathering and hundreds of innocent people were killed. Jallianwala Bagh is a living example of the freedom struggle, which is a witness to the martyrdom of around 2000 Sikhs and Hindus. There are still bullets left on the walls of this garden. It is here that a memorial has been built in memory of the martyrs, where a flame always lighted.