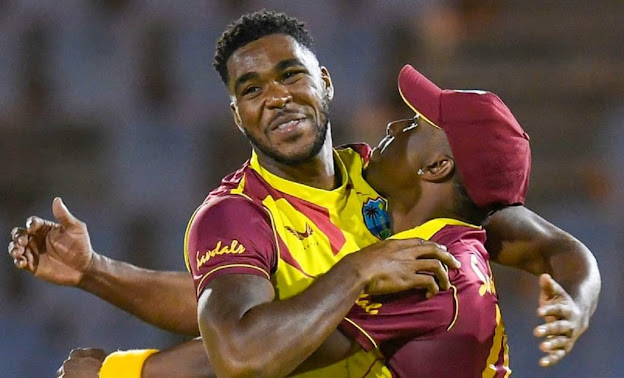 Sometimes the easy-looking thing gets deceived and the same was seen in the first T20 played with the Australian team against the West Indies.

The one who wins a losing game is called a juggler. And, the West Indies team has shown some similar juggling against Australia. He has snatched the morsel of victory from Australia's mouth. He has shown the losing bet under his control.

Australia's team did not make 24 runs in 7 overs. That too when the wickets were in hand. The momentum of the match was with him. But, that is the thrill of cricket. That is why this game is said to be one of the uncertainties. The victory that West Indies had almost given up on, fell in their lap. Australia lost the match and became a juggler, West Indies took a 1-0 lead in the 5 T20 series.

In the match, West Indies batted first and scored 145 runs for 6 wickets in 20 overs. Australian bowler Hazlewood played a big role in stopping the Caribbean team within 150 runs, who took 3 wickets for 12 runs in 4 overs.

Considering Australia's batting power, the target of 146 was not a big one. But, sometimes the simple-looking thing gets deceived and the same thing happened with the Australian team.

Australia had a win

Australia's first wicket fell in the second over itself. But after that, the innings got better. Victory seemed certain. His score till 10.2 overs was 108 runs for 4 wickets. That is, victory was just 38 runs away. With 6 wickets in hand, and about 10 overs left, the task looked even easier. But, taking it lightly cost Australia dearly.

The next 6 wickets of the Australian team, playing 108 for 4 wickets, fell for just 19 runs. As a result, he lost the match he won. The entire team was bundled out after scoring just 127 runs and lost the match by 18 runs. The hosts West Indies were delighted.

The name of the Caribbean bowler who turned Australia's victory into defeat was Obed Macaulay, who took 4 wickets for 26 runs in 4 overs in the match. Apart from this, Hayden Walsh took 3 wickets.

How to Reach Manali, These Are Easy Ways