Pennsylvania is large and diverse, and within its borders, you'll find large cities, rolling farmlands, traditional Amish settlements, and even beaches on one of the Great Lakes.

Too often, trips to Pennsylvania revolve around Pittsburgh and Philadelphia. While these big cities are great places to visit in Pennsylvania, don't forget to add a few more to the many noteworthy destinations. 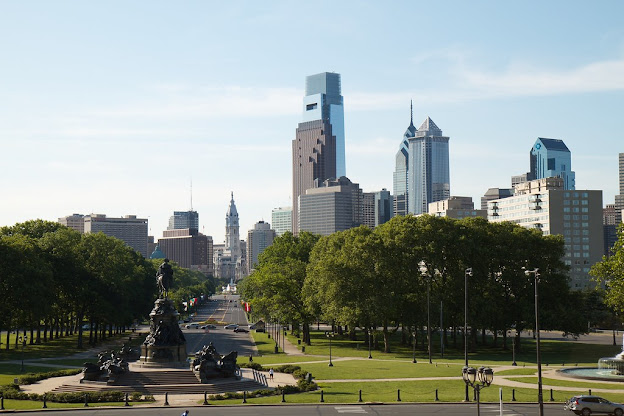 It's known as the City of Brotherly Love, but Philadelphia is probably best known for three things: American History, Rocky, and cheesesteaks! Visit the Philadelphia Museum of Art for its excellent collection of works, and then admire the steps Rocky was formed on.

History lovers cannot miss the Independence National Historical Park, where there are several iconic monuments. Inside the park, you can see Independence Hall, the cracked Liberty Bell, and the original United States Constitution, which is housed in Constitution Hall.

Round out the day of sightseeing with a Philadelphia cheesesteak from Pat's or Geno's, two rival vendors located across the street in South Philadelphia. ” 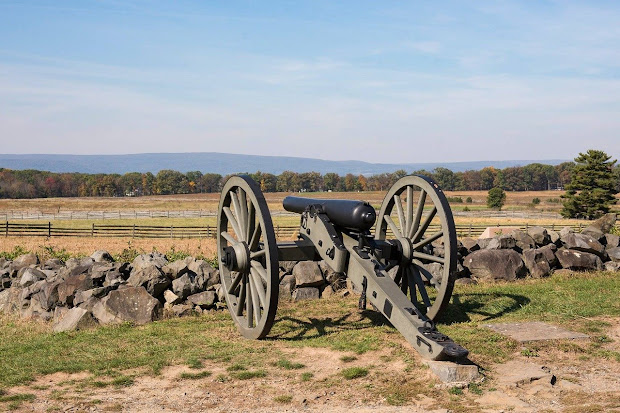 One of the most significant battles to have been fought in the Civil War was the Battle of Gettysburg. In July 1863, three days of fighting caused heavy casualties and the withdrawal of the Confederate Army. Today, the Gettysburg National Military Park marks the historic site.

At the Gettysburg Heritage Center, you can get an introduction to the entire Civil War and how Gettysburg was integrated into it. Make time to visit the Jennie Wade House, where the only Gettysburg citizen lived during the battle. 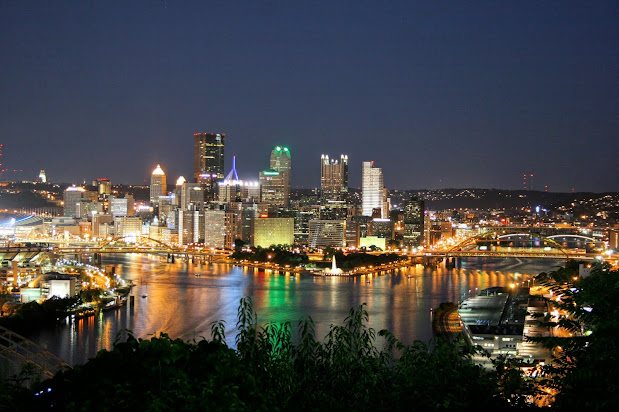 Pittsburgh, or the City of Steel, is a huge metropolis created where three rivers converge. Several steel bridges span the Ohio River, the Allegheny River, and the Monongahela River. It has different topography, a mass of green hills that rise directly from the rivers below.

While Pittsburgh's heritage is industrial, there are many tourist attractions worth visiting in the city.

The downtown Pittsburgh skyline is unmissable, with the US Steel Tower taking the honor of being the tallest in the city. In the heart of downtown is Point State Park, a green park where you can also visit the 19th century Fort Pitt Block House.

For sports fans, head to the north side of town to catch the Steelers at Heinz Field or the Pirates at PNC Park. 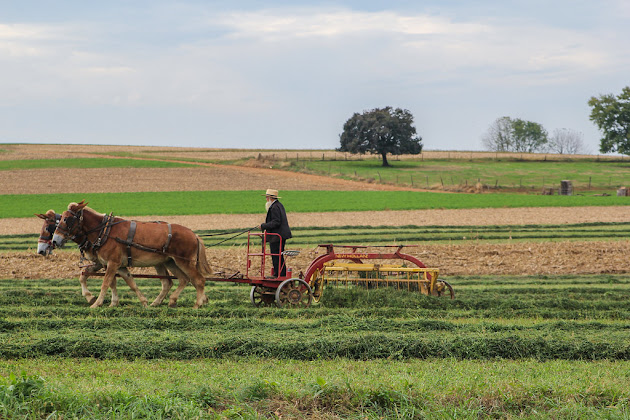 In Lancaster County, you can find a large portion of the state's Amish population in what is known as Pennsylvania Dutch Country.

Although the capital of Harrisburg is technically within this region, much of the area is rural. Whitewashed fences, perfectly maintained barns, and horse-drawn buggies abound in this part of the state.

One of the best ways to explore Amish country is to visit the local markets. One of the most popular is the Bird in Hand Farmers Market, where you can find fresh produce, as well as baked goods like apple butter and delicious shoofly pie. 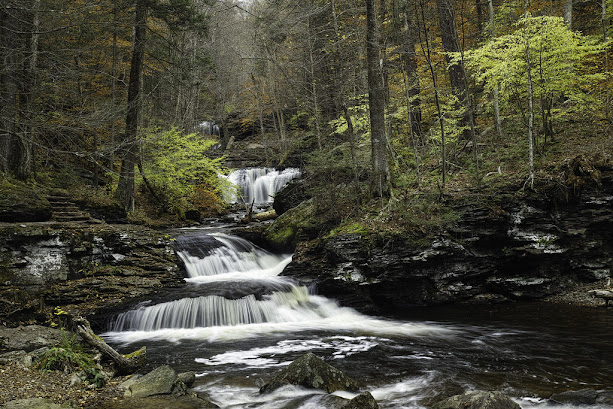 In the heart of Pennsylvania, there is a natural national monument called Ricketts Glen State Park. This park is huge, spanning three different counties, and is a nature lover's dream destination.

The park is home to 24 major waterfalls and many smaller ones, and walking the Falls Trail System is the best way to see as many of them as possible.

If you prefer to relax, head to the beach at Lake Jean and organize a picnic overlooking the water. You can also go to the lake with a rental boat or try fishing from the shore. 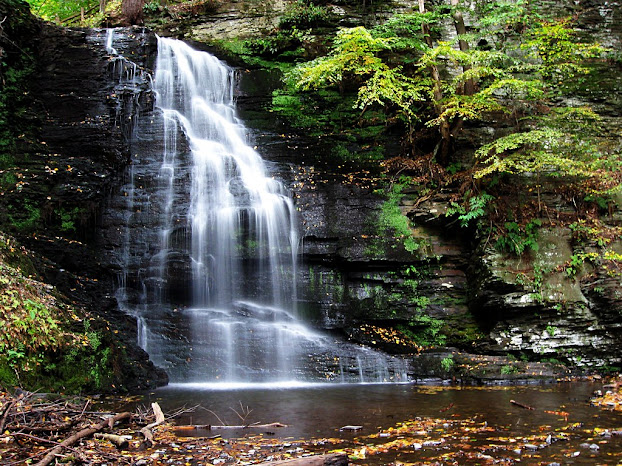 The “Niagara of Pennsylvania”, Bushkill Falls, is one of the best places to visit in Pennsylvania. These waterfalls are phenomenal, and they are located in the beautiful Pocono Mountains.

There are eight waterfalls in total, and they are accessible via a collection of hiking trails and impressive bridges. For a quick trip, the Green Trail takes just 15 minutes and heads straight for the main falls.

For the more ambitious hikers, the Red Trail lasts about two hours and includes all eight waterfalls. Kids and adults alike may want to see the Bushkill Falls Mining Company maze, which is scheduled and can add a bit of competition to your visit. 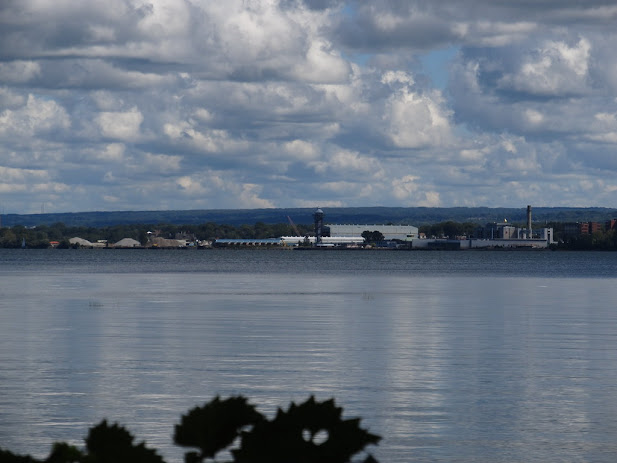 As you may have guessed, the city of Erie is named after the lake it borders Lake Erie. Erie is the only lake port in the state, and it is the northernmost part of Pennsylvania. To get a closer look at Erie's heritage, and how the port impacted development, visit the Erie Maritime Museum.

The museum also owns the USS Niagara, an incredible historic warship that can be visited directly at the harbor. Arguably the most popular thing in Erie is visiting Presque Isle State Park, which is close to the coast, for hiking, fishing, biking, or just enjoying the beaches. 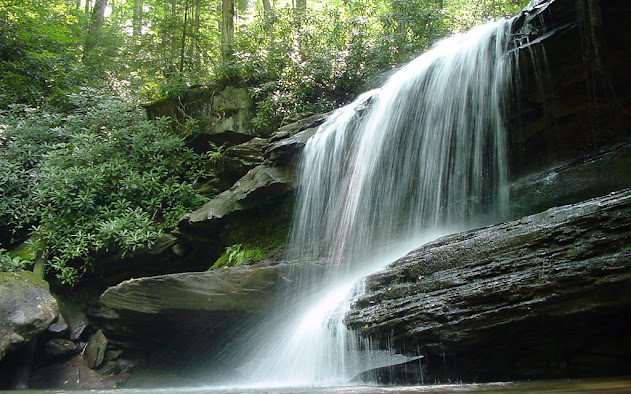 On the banks of the Youghiogheny River, you'll find the small but picturesque Ohiopyle State Park. The river itself is a big part of the state park's appeal. From the park, you will have access to the river and recreational activities such as rafting.

The seven-mile stretch of the Youghiogheny River, called Lower Yougheny, is home to impressive rapids, and you can join a guided tour to experience it for yourself.

Ohiopyle State Park also features great hikes and beautiful waterfalls, the most popular of which is Cucumber Falls.

Bring your camera to snap photos of the 30-foot (10-meter) waterfall located along the Great Gorge Trail. 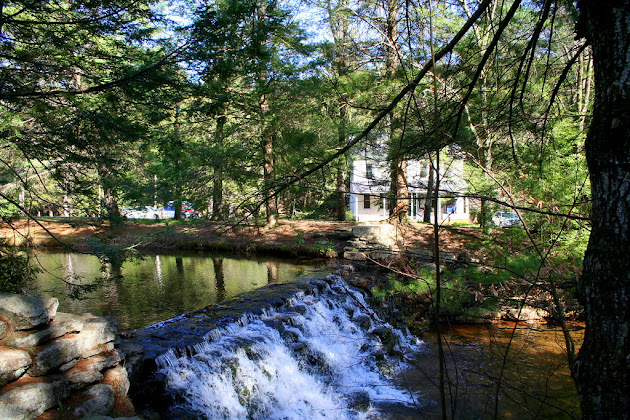 In the Pocono Mountains of eastern Pennsylvania is Hickory Run State Park. This huge park in Carbon County has a lot to offer, including over 40 miles of scenic walking trails.

In winter, some of the slopes are even dual-use for cross-country skiing. In summer, Sand Spring Lake has a sandy beach suitable for swimming.

One of the must-see parts of the state park is the pebble field. This field is more than 20,000 years old and was formed due to the melting of glaciers. Jump from rock to rock on the fascinating and scenic Boulder Field Trail. 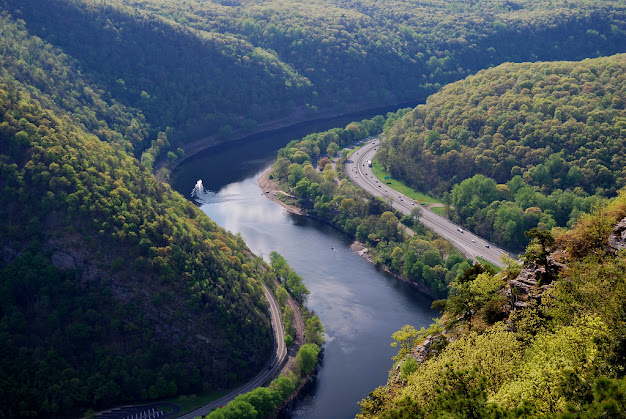 Bring history to life in 19th-century Milbrook Village or take a bike ride down Old Mill Road. Hikers can choose from more than 100 miles of trails, hiking along scenic streams, and lush green hemlock forests. 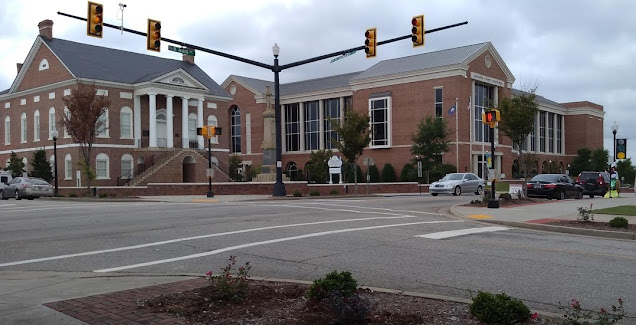 Lancaster is the main metropolitan center in Lancaster County, a beautiful rural area with farms and hills. The city has a long history and was for a short time the capital of the state.

It is known as the oldest continuously operating Farmers Market city in the United States, and also for its extensive Dutch Community.

This cultural heritage can be seen in many of the museums and attractions that are found around the city and in the surrounding countryside.

Among the main tourist attractions are the Amish farms. There are opportunities through tours and museums to take a look at a typical farm and a working farm. 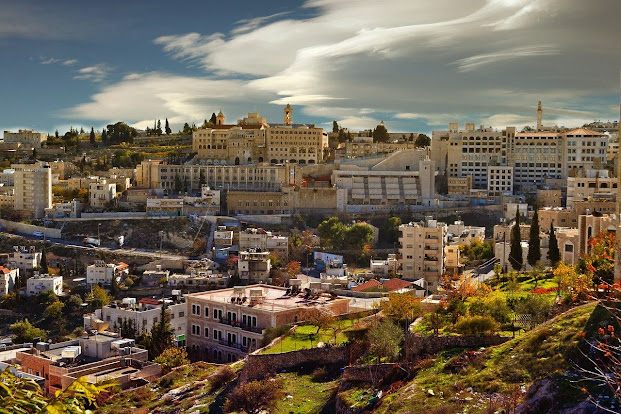 The city of Bethlehem, north of Philadelphia, was founded by the Moravian Brothers of Germany, who have left their mark on the city through traditional celebrations and architecture.

The Christmas Festival, with choirs and orchestras, is well known throughout the United States.

Some of the architectural achievements include the Gemein House from 1741, the Brothers' House from 1748, and the Old Chapel from 1751. In the Moravian Cemetery on Market Street, tombs are dating from 1742 to 1910.

The Bach Festival was held on the Lehigh University campus is also internationally recognized. 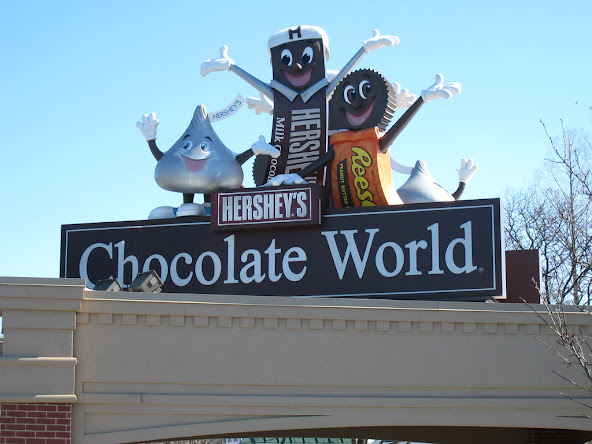 Hershey is synonymous with the chocolate company that Milton Hershey founded in 1903. Today, the city attracts millions of visitors each year, drawn to the chocolate best appreciated on a visit to Hershey's world of chocolate.

Hershey Gardens is another of the city's top landmarks, set on 23 acres and featuring a variety of gardens. Hershey Park fun is a popular outing on summer weekends. For something, a little different try a stop at Indian Echo Caverns. 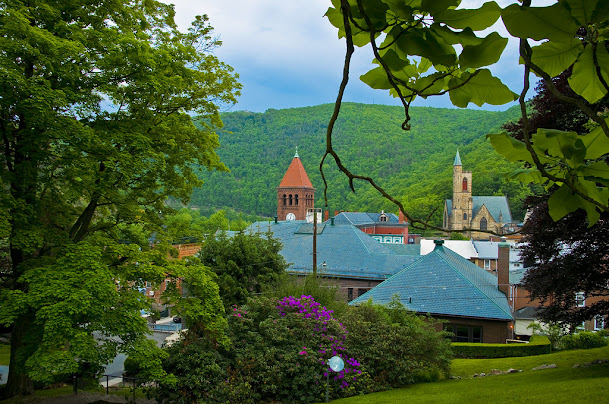 Jim Thorpe is located at the foot of the Pocono Mountains. It has a rich history with tradition, from the beginning of Pennsylvania's coal mining era through the Industrial Revolution to its current revival as a tourist attraction.

Many people come here to enjoy the recreational opportunities offered by the enchanting surroundings. which includes rafting, hiking, biking, and other adventures.